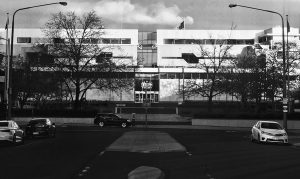 Canberra is the capital city of Australia. It is Australia’s largest “inland” city and has a population of around 400,000 people. It is located at the Australian Capital Territory’s (ACT) northern end. Canberra is the seat of government and capital, but quite a few federal government ministries have secondary seats in state capital cities, as well as the Prime Minister and the Governor-General.

Canberra Barristers - but not just for Canberra

Blackburn Chambers is Canberra’s original, largest and most prestigious barristers’ chambers. Over many decades, members of Blackburn Chambers have been involved in the most significant and high-profile cases in the ACT and surrounding NSW. Past members of Chambers have gone on to become members of the ACT Supreme Court, the ACT Magistrates Courts, the Federal Circuit Court, and the ACT Civil and Administrative Tribunal.

Here at Blackburn Chambers, we are proudly Canberran Barristers. However, that is not to say that our members do not appear regularly in Courts, both metropolitan and circuit, all over Australia. Our members routinely travel to Sydney, Wollongong, Newcastle, Albury, Wagga Wagga, Brisbane, Coffs Harbour, Melbourne and Hobart to appear. We believe that our members should be Canberra’s premier barristers who can take their work around Australia, and indeed overseas.